Why Did the Fish Cry? 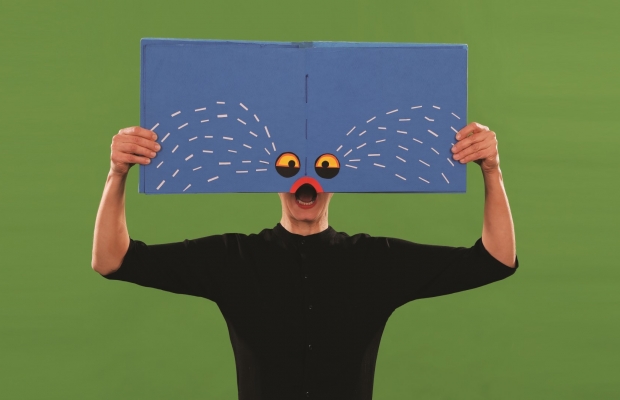 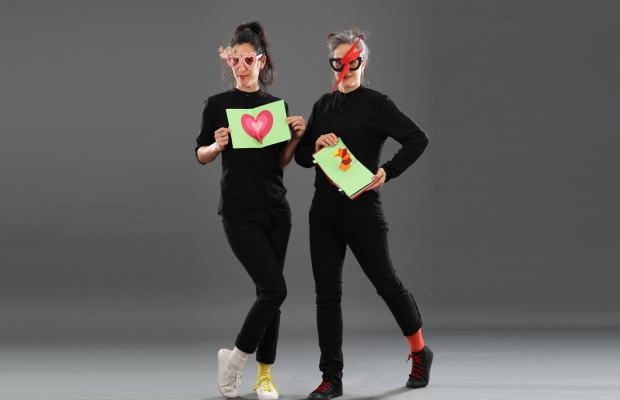 Join us in a very special library filled with colorful pop-up books—some quite teeny, others absolutely gigantic—filled with hidden secrets and surprises.

Two actresses, five stories, and a vibrant, amazing world. Children are invited to take a peek into Oded Burla’s tales about bizarre animals all made of paper. What happened to the giraffe when the raven offered to tied his neck in a knot? Who is in love with the scorpion? And what made the fish cry, of all things?

At the end of the performance, all of the characters pop back into the book. What do you think would happen if you tried to open a book?

Two adults accompanied by two children ages five and eight. The four of us were enthralled from the very first moment to the last. We laughed and we were moved and then we wanted more . The performance for adults and children was wonderful and achieved exactly what good theater is supposed to do, using limited resources and lots of imagination to provide such a happy feeling.
Miki Gurevitz, Artistic director , The Jerusalem Khan Theater

Participated in the following festivals:

Israeli Lottery Council for the Arts